Is AA a Religion? 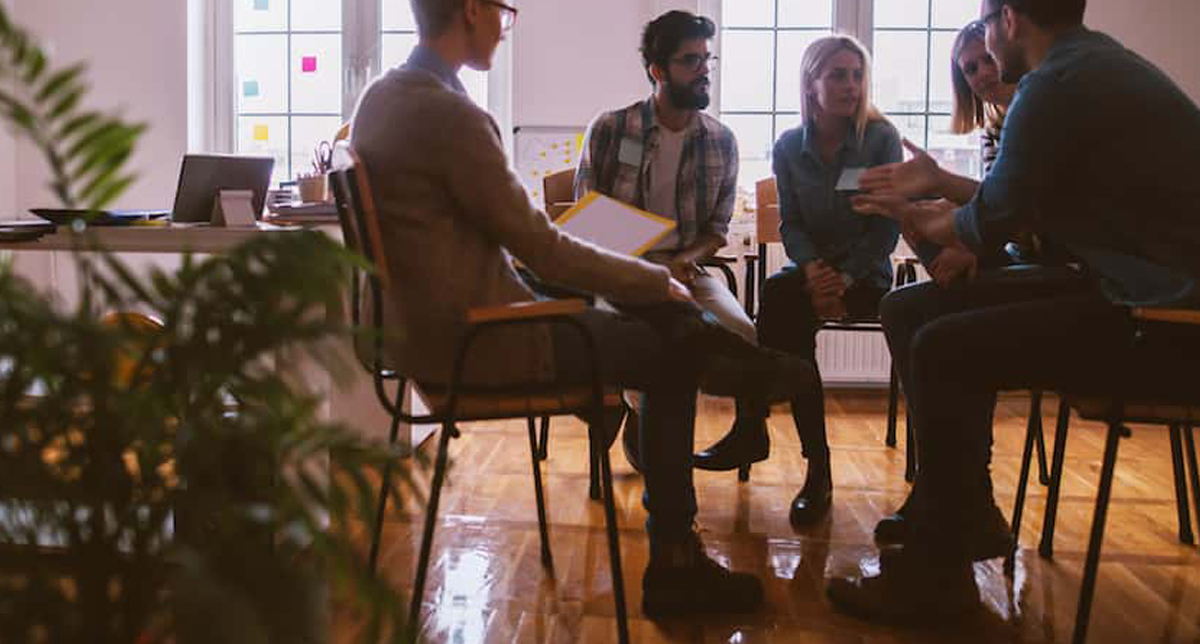 A common misconception about Alcoholics Anonymous is that it is a religious organization. New members especially, confronted with A.A.’s emphasis on recovery from alcoholism by spiritual means, often translate “spiritual” as “religious” and shy away from meetings, avoiding what they perceive as a new and frightening set of beliefs. With rare exceptions, once A.A. members achieve any length of sobriety, they have found a source of strength outside themselves — a Higher Power, by whatever name.

A Program of Action

A.A.’s Twelve Steps simply describe what the founding members did to get sober and stay sober. They contain no new ideas: surrender, self-inventory, confession to someone outside ourselves, and some form of prayer and meditation are concepts found in spiritual movements throughout the world for thousands of years. What the Steps do is frame these principles for the suffering alcoholic — sick, frightened, defiant, and grimly determined not to be told what to do or think or believe.

The Steps offer a detailed plan of action: admit that alcohol has you beaten, clean up your own life, admit your faults and do whatever it takes to change them, maintain a relationship with whatever or whoever outside of yourself can help keep you sober, and work with other alcoholics.

God — As We Understood Him

The basic principles of Alcoholics Anonymous were worked out in the late 1930s and early ’40s, during what co-founder Bill W. often referred to as the Fellowship’s period of “trial and error.” The founding members had been using six steps borrowed from the Oxford Groups, where many of them started out. Bill felt that more specific instructions would be better, and in the course of writing A.A.’s basic text, Alcoholics Anonymous, he expanded them to twelve. But he was dealing with a group of newly sober drunks, and not surprisingly his new version met with spirited opposition.

Bill tells us in Alcoholic Anonymous Comes of Age, a history of the Fellowship’s early years, that “the hot debate about the Twelve Steps and the book’s content was doubled and redoubled. There were conservative, liberal, and radical viewpoints.” Some thought the book ought to be Christian while others could accept the word “God” but were opposed to any other theological proposition. And the atheists and agnostics wanted to delete all references to God and take a psychological approach.

More than sixty years later, those crucial compromises, articulated after weeks of heated controversy, have made it possible for alcoholics of all faiths, or no faith at all, to embrace the A.A. program of recovery and find lasting sobriety.

What About a Spiritual Awakening?

Nevertheless, the phrase “spiritual awakening,” found in the Twelfth Step and throughout A.A. literature, remains daunting to many beginners. For some, it conjures up a dramatic “conversion” experience — not an appealing idea to an alcoholic just coming off a drunk. To others, beaten down by years of steady drinking, it seems completely out of reach. But for those who persevere, ongoing sobriety almost invariably brings the realization that — in some wonderful and unexpected way — they have indeed experienced a spiritual change.

Spirituality, A.A. style, is the result of action. Step Twelve begins, “Having had a spiritual awakening as the result of these Steps. . .” When a man or woman has a spiritual awakening, the most important meaning of it is that he has now become able to do, feel, and believe that which he could not do before on his unaided strength and resources alone. He has been granted a gift which amounts to a new state of consciousness and being. He has been set on a path which tells him he is really going somewhere, that life is not a dead-end, not something to be endured or mastered.

AA Groups and Their Customs

If the Steps are the program of recovery, the A.A. group is where alcoholics learn to live the program and practice it “in all their affairs.” Virtually all group meetings in the U.S. and Canada begin with a reading of the A.A. Preamble, a brief description of what the Fellowship is and is not. Its last two sentences make it clear that A.A.’s purpose has nothing to do with religion: “A.A. is not allied with any sect, denomination, politics, organization or institution; does not wish to engage in any controversy; neither endorses nor opposes any causes. Our primary purpose is to stay sober and help other alcoholics to achieve sobriety.”

Group customs that appear to be religious sometimes discourage new people from coming back. Professionals who refer people to A.A. may help by advising them to attend a variety of meetings, especially in the first year of sobriety, and to find a home group where they are comfortable. According to A.A.’s Fourth Tradition, each group is autonomous, which means in practical terms that every group is unique, with a flavor all its own. Thus, even if a shaky alcoholic finds himself one night in a meeting where the members feel at home with traditional religious language, he or she can try again the next night and find a group where even the most doubting or cynical soul will fit right in.

Similarly, A.A. members generally deal with the question of a Higher Power by assuring new members that they are free to find their own. Men and women who shy away from what is known in A.A. vernacular as the “God bit” can still identify a much-needed source of support outside themselves. For some, it is their A.A. group; others eventually choose a traditional idea of God, while still others rely upon an entirely different concept of a higher power. To show the variety of spiritual searches in A.A. the booklet Came to Believe was published in 1973. It is a collection of the various spiritual experiences of a wide range of members, from adherents of traditional religion to atheists and agnostics, with all stops in between.

But Don’t A.A. Groups Use the Lord’s Prayer?

Groups that continue to close with the Lord’s Prayer are following a custom established in the Fellowship’s earliest days, when many of the founding members found their support in meetings of the Oxford Groups. The practice of closing with the Lord’s Prayer very likely came directly from those meetings. At the time, there was no A.A. literature, and so the founders leaned heavily on Bible readings for inspiration and guidance. Meeting formats became more inclusive once A.A. began to spread throughout North America and then the rest of the world, and it became obvious that the program of recovery could cross all barriers of creed, race, and religion.

Alcoholics Anonymous is a fellowship of men and women who share their experience, strength, and hope with each other that they may solve their common problem and help others to recover from alcoholism.